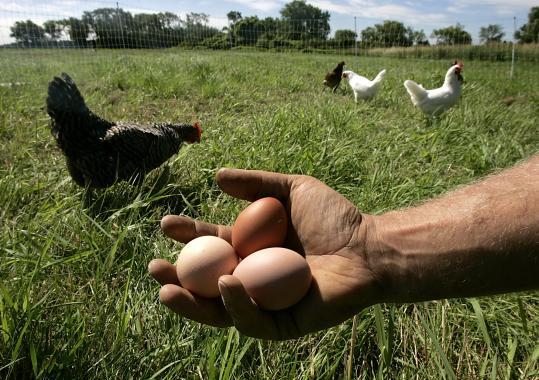 Organic farming is both a philosophy and a system of agricultural production. Its roots are to be found in certain values that closely reflect the ecological and social realities. Organic agriculture is a production method that takes into account the traditional knowledge of farmers and integrates the scientific progress in all agricultural disciplines, answering the social concerns of the environment and providing high quality products to consumers. The principles underpinning organic farming are universal, but the techniques used are adapted
to the climatic conditions, resources and local traditions.

In other words, organic agriculture deals with the systematic study of material and functional structures of agricultural systems and the design of agro-ecosystem management capable to ensure the human needs for food, clothing and housing, for a long period of time, without diminishing the ecological, economic and social potential.

Organic farming methods to obtain food by means of culture that protect the environment and exclude the use of pesticides and synthetic fertilizers. No doubt that organic farming can also be defined as the activity of assembling the theoretical knowledge about nature and agriculture in sustainable technological systems based on material, energy and information resources of the agricultural systems. Also, organic farming is based on wisdom and as such, it involves detailed knowledge of land, living things and other economic and social realities, as well as intuition, moderation in choosing and implementing measures in practice.

Being a type of sustainable agriculture, the aim of organic farming can be expressed as a function of mini – max type: maximizing yields and minimizing the negative side effects of agricultural activities. Organic agriculture is a creation of farmers who love nature, as an alternative to intensive farming of industrial type, based on efficient production methods and means, in particular, economically.

Organic farming emerged in Europe as a result of health problems and negative experiences caused by the use of synthetic chemicals generated by the intensive industrial technologies, based on the forcing of production by over-fertilization of agricultural land and the use of stimulators in animal nutrition. Organic farming is a dynamic sector that has experienced an upward trend, both in the plant and animal production sector. Respect for every living organism is a general principle of organic farming, from the smallest micro-organism from the ground up to the largest tree that grows above. Because of this, each step of the ecological chain is designed to maintain, and where possible, to increase the diversity of plants and animals. Improvement of biodiversity is often the result of good practices of organic agriculture,
as well as respect for the EU Regulation on organic agricultural production [39; 40].

Worldwide, nearly 31 million hectares are used for organic production, representing 0.7% of the total agricultural land. This farming system is practiced in over 633 890 farms.

According to the study of World of Organic Agriculture, seven of the first ten countries of the world, ranked by the percentage of the agricultural land cultivated in organic system, are in the European Union.

The countries in central and eastern Europe, like Poland, with areas of over 367,000 hectares cultivated organically and the Czech Republic, which had a market growth of 11% in 2009, are becoming increasingly important on the market of organic products.

Among arable crops, cereals represent the most important category with 1.2 mio ha in 2007, i.e. 18.3% of all EU organic land. The largest producers are Italy and Germany. Permanent grassland represents 2.51 mio ha (45.1% of the whole organic area and arable crops), in 2006. The higher level of permanent pastures in the organic sector stems from the more extensive production systems employed. In the EU-15, permanent pastures have represented more than 40% of all organic land. The area under permanent pastures is the highest in absolute terms in Germany, Spain and the United Kingdom where it is around 0.4 mio ha. In six Member States the organic sector amounts to more than 10% of the total area of permanent pastures: 25.8% in the Czech Republic, 16.0% in Greece, 16.2% in Latvia, 15.5% in Slovakia, 12.0% in Austria and 11.5% in Portugal.

Consumer food demand grows at a fast pace in the largest EU markets, yet the organic sector does not represent more than 2% of total food expenses in the EU- 15 in 2007.