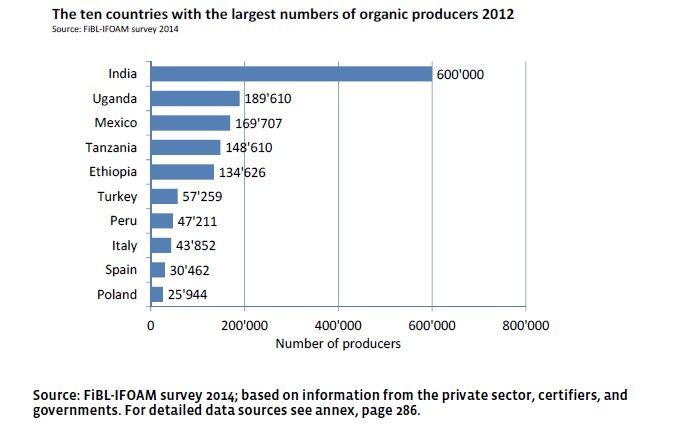 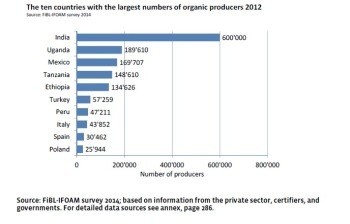 Moving from consumers to producers, according to the FiBL-IFOAM organic farming statistics, approximately 80 percent of a global total of 1.9 million organic producers (up from 1.8 million) are located in developing countries. As in previous years, the countries with the most producers are India (600’000), Uganda (189’610), Mexico (169’707), and Tanzania (148’610).

From a farmland perspective, a total of 37.5 million hectares were organic at the end of 2012 according to this organic farming statistics. An increase of almost 200’000 hectares was reported compared with 2011. In Africa, organic land increased by seven percent and in Europe by six percent.

The most significant expansion in organic area as well as solid market growth noted in recent years has been in Europe. More information about organic farming statistics is available from a recently published study by the European Union Group of IFOAM, FiBL and the Mediterranean Agronomic Institute (CIHEAM-IAMB) that shows the potential for further growth in Europe based on a supportive public policy environment and increasing consumer demand.